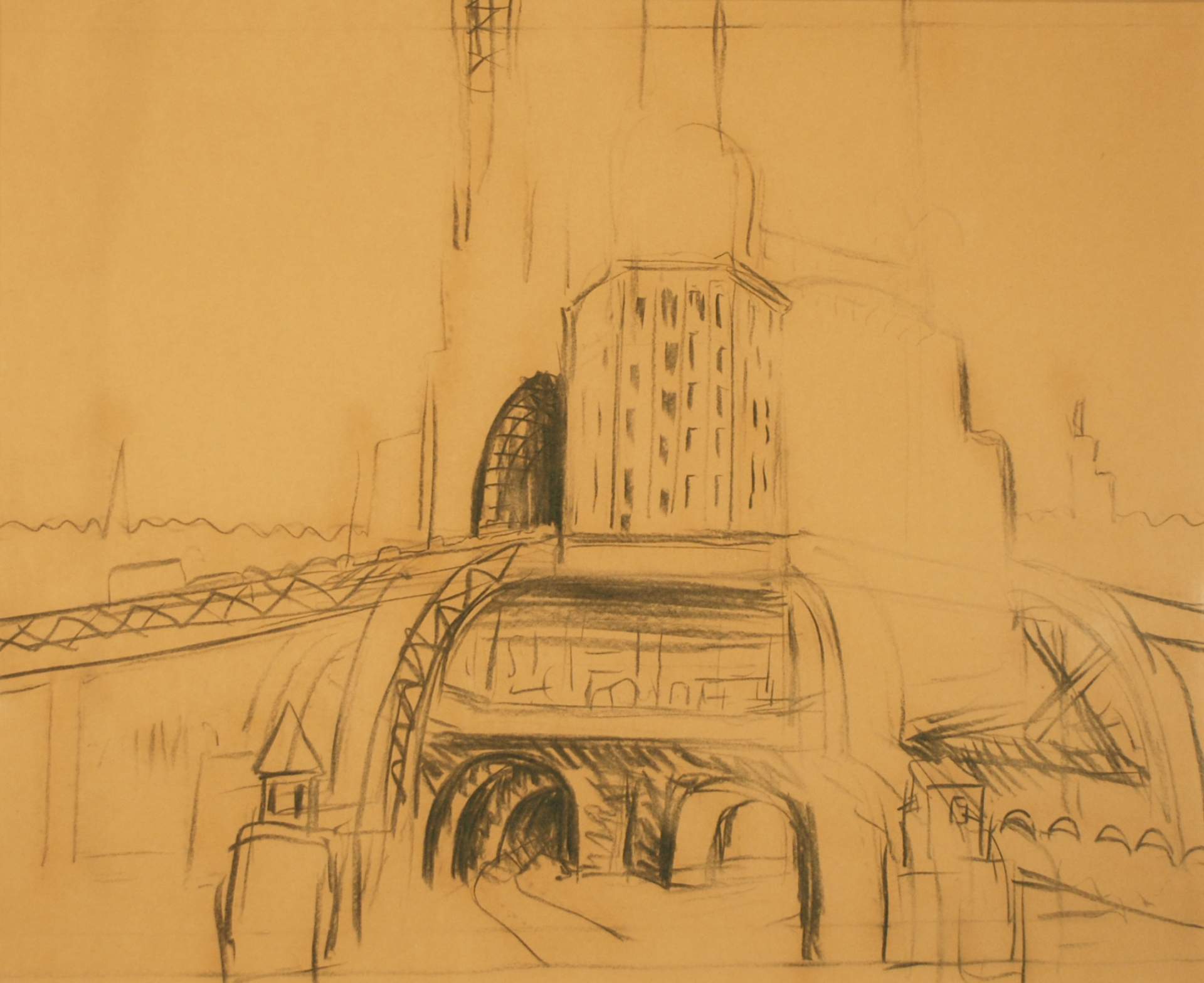 Study #2 for Tower of Babel

Burchfield was known to have admired the work of 16th century master Pieter Brueghel the Elder. Like Brueghel, Burchfield attempted the great subject of the Tower of Babel multiple times. Whereas Brueghel produced three finished versions of Babel, Burchfield’s was never fully executed and only three sketches are known.

Based on similarities of architecture of the main tower and archways, it is likely that Burchfield modeled his Babel studies on Buffalo’s Central Terminal, a towering Art Deco station, designed by architects Alfred Fellheimer and Steward Wagner for the New York Central Railroad. The train station, which began rapid construction in 1927 and opened on June 22, 1929 (just a few short months before the stock market crash) had an ill fate. The painful decade after its opening showed dramatic loss of revenue.

- From the exhibition Charles E. Burchfield: Oh My Heavens