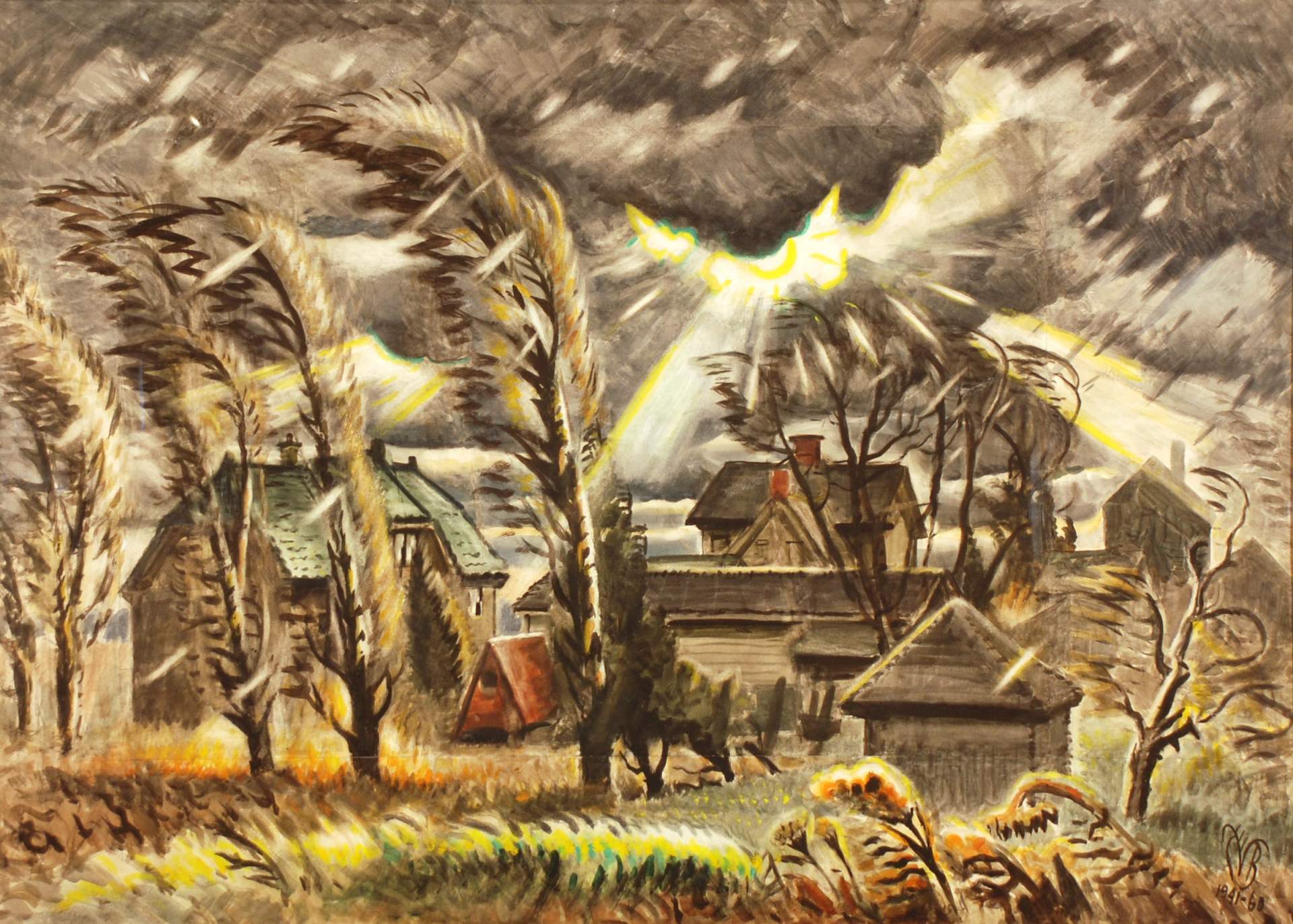 watercolor on joined paper mounted on board

Peter C. and Joan Andrews presented December Storm to Buffalo State College in 1964. This generous gift became the cornerstone of the museum’s collection when the Charles Burchfield Center was inaugurated on December 9, 1966.

December Storm depicts sunlight bursting through storm clouds hovering over houses visible from Burchfield’s backyard in Gardenville, New York. It also represents a memory of a savage winter storm during childhood, recalled during an equally ferocious storm in December 1941. Fortuitously Burchfield began the painting on December 6th, the day before the infamous attack on Pearl Harbor, when he had felt that “a violent storm…was about to break upon us.”

During the depressing events of World War II, Burchfield found reassurance in the music of Sibelius and Beethoven that the world would return to peace and faith in God. He discounted the pessimistic work of other artists, recommending that each artist should strive to emulate the power and significance of such works as Beethoven's 5th Symphony and "the Sibelius 5th Symphony (an act of Faith)," which was contemporaneous with the World War I. Spiritually rich, December Storm symbolizes hope in the face of World War.

Late in his career Burchfield considered himself to be a romantic painter. Following in the tradition of 19th-century Northern European romantic landscape painters such as Caspar David Friedrich (1774-1840), Burchfield painted images that increasingly came to represent the philosophic challenges of the individual confronted by, and in awe of, the incomprehensible immensity of the universe. His work also embraced the principles of pantheism, in which God is identified with nature, a belief that was widely accepted in the 19th and early 20th centuries. As one of Burchfield’s most profound paintings, December Storm can be read as an allegory of war, the power of nature, the redemptive glory of God, and a visual equivalent to musical masterworks.