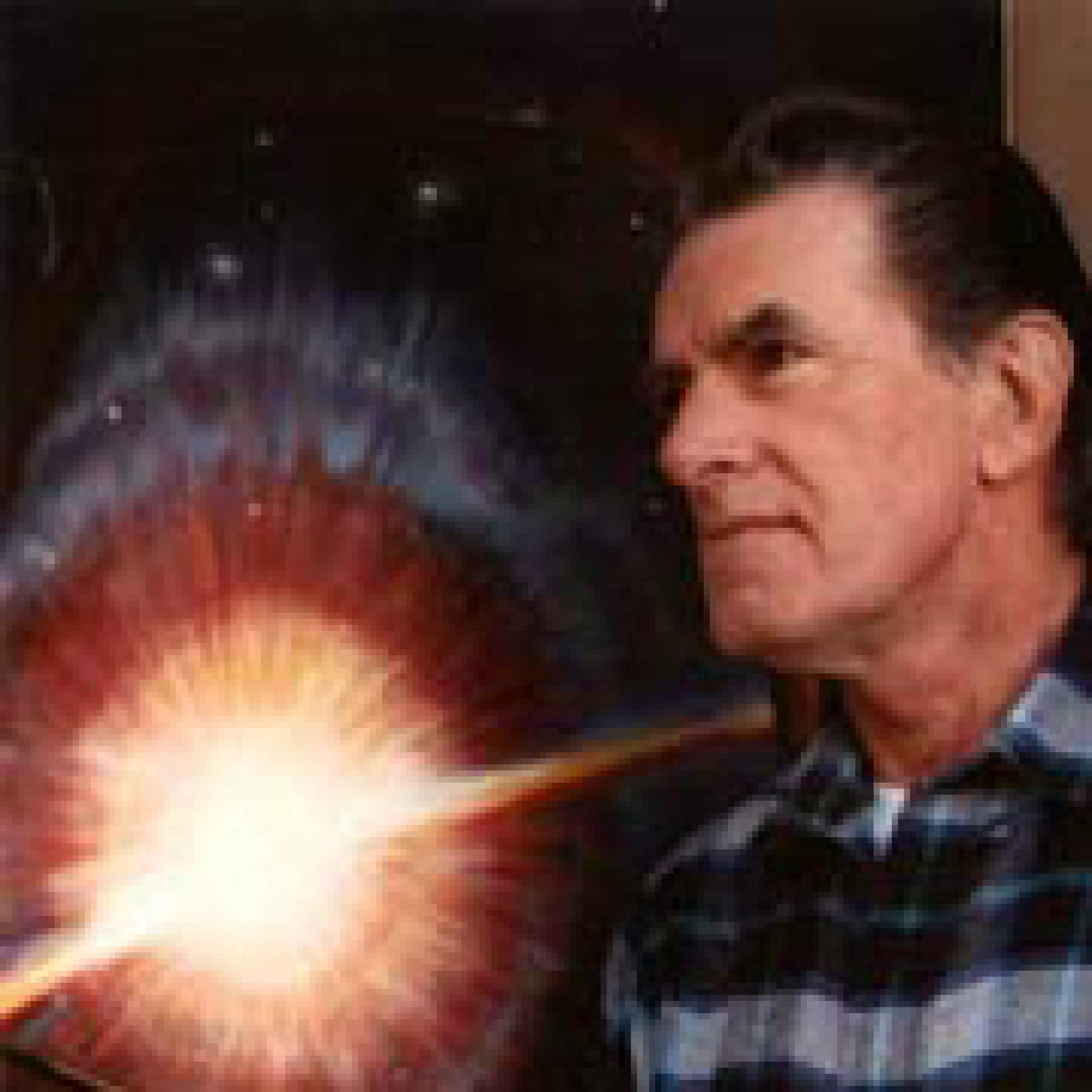 Charles H. Haymes is a graphic artist, illustrator, and art instructor born in Buffalo in 1928. He has been a working artist since high school. His earlier works were created mostly in the 1950s and 1960s and are comprised primarily of oil paintings depicting industrial buildings.

In 1951 he began working for Bell Aerospace as an artist-illustrator, eventually working his way up to become graphics manager.As a component of his job, he traveled to watch various space shuttle launches. Seven of the images created from these trips are on permanent loan to the National Aeronautics and Space Administration (NASA). He also designed the memorial sculpture on the NASA facility grounds in New Orleans, dedicated to the seven astronauts who perished in the Challenger Shuttle disaster on January 28, 1986.

Haymes retired from his position at the Michoud Assembly in New Orleans, and relocated to Bedford, Texas. Upon retirement, he has transitioned into creating “astro art,” works that reflect celestial star systems, cosmic spaces, and other worlds. He has also done several portrait and lifestyle paintings for private collections.