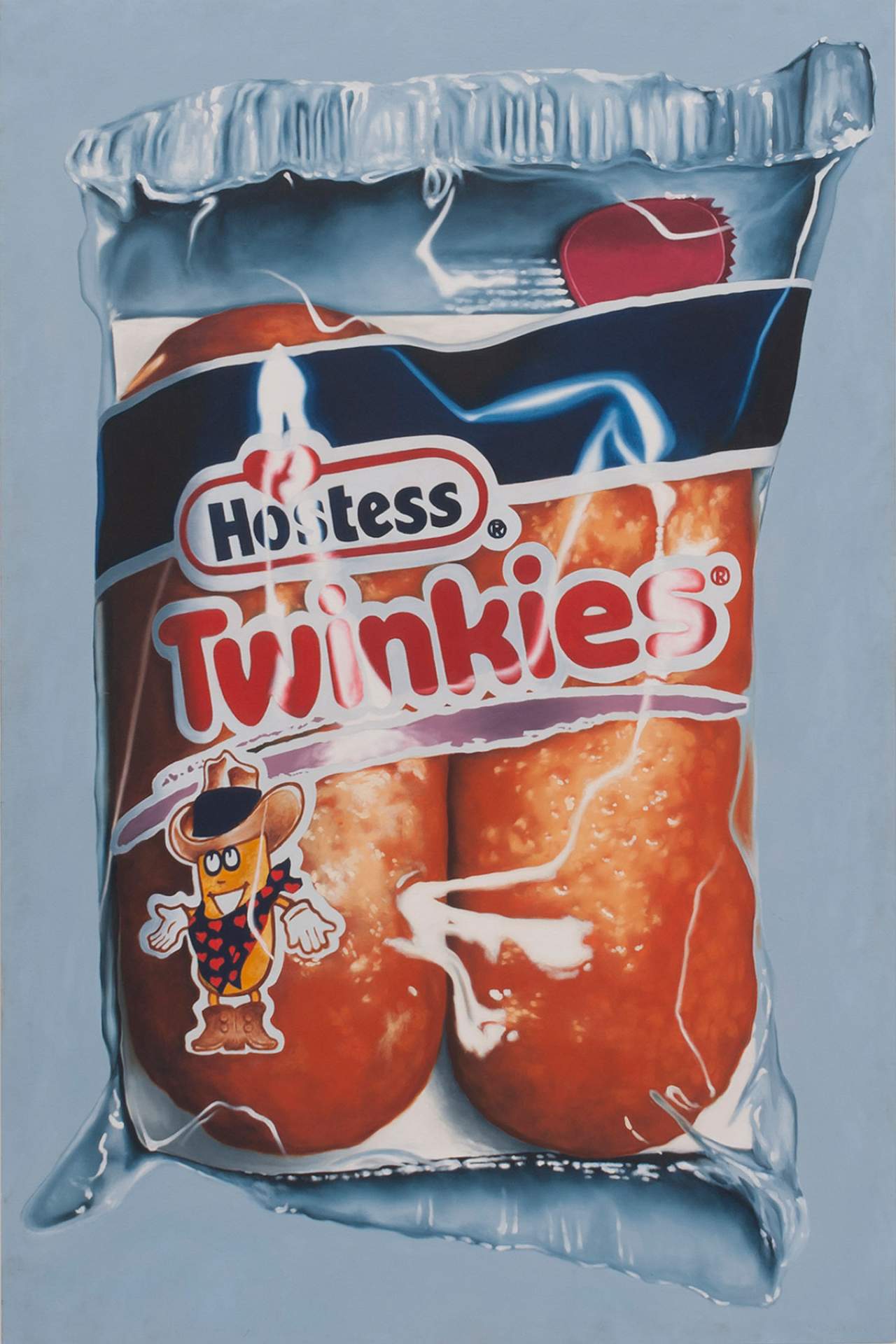 oil on canvas mounted on wood

Purchased with funds from the Art Endowment, 2005

A. J. Fries cheerfully admits, even insists upon the obsessive nature of his on-going series of food paintings.  In earlier works, the unattainable was given a deliberately obvious metaphor—pie in the sky.  Later, other desserts appeared, and more sophisticated sublimations were suggested in moody depictions of empty glasses.  In these recently completed large-scale paintings, Fries moves forward again, both formally and metaphorically.  These works about junk food are as much or more about the wrappers as about the foods themselves.  Longing and anticipation are represented by the desirable package and its possible penetration, while loss is always implied by the transient, cloying nature of what is eventually, and unsatisfactorily, consumed.  To pack all this conflicting information into a painting of a Twinkie or a Ho Ho, Fries has to express the foods as both the ultimate in plastic commodities as well as flesh-like, larger-than-life stand-ins for human indulgence.  They have to be formally interesting, but clearly can’t veer toward Pop-like flatness and distance, or the desire and physicality disappear.  Fries has clearly made great strides since his pie-in-the-sky days: the snack cake works represent a long-anticipated combination of ambitious scale and thematic complexity.