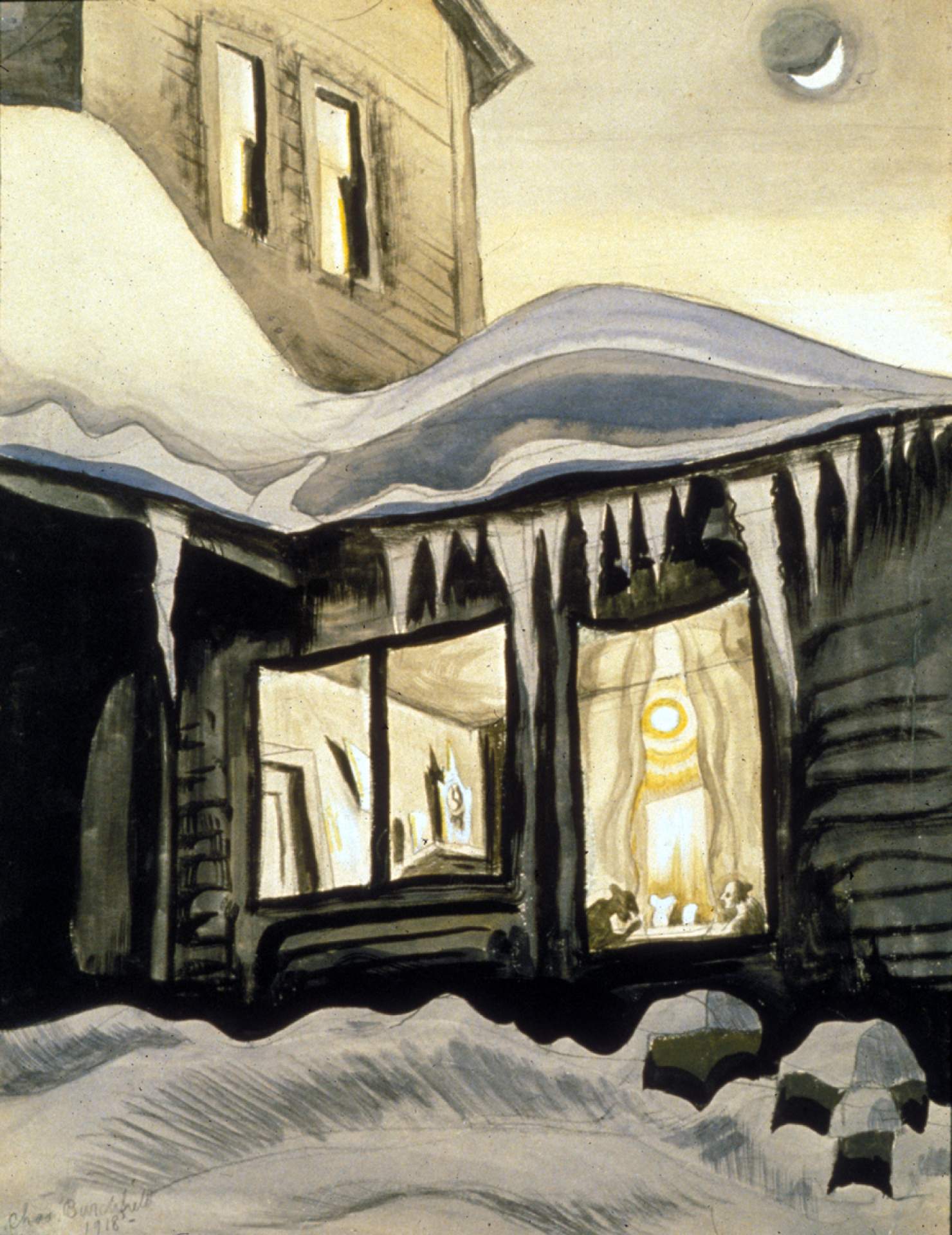 watercolor and graphite on paper

An actual new moon in astronomy occurs when only the shadowed side of the moon is facing Earth and thus the Moon is not visible. The moon phase in this work is a waxing crescent. It would be visible about five days after the new moon. Based on the moon phase and the lightened sky behind the house, this work depicts evening twilight. In January of 1918, the moon phase shown here would have been seen on January 17 or 18. - From the exhibition, Charles E. Burchfield: Oh My Heavens

In 1917 and 1918, Burchfield depicted inanimate objects as if they had human characteristics. Depending on the emotions he wanted to convey, flowers and trees grimaced, held hands, or danced in celebration of a new season. Reflecting the personalities of their inhabitants, his houses look “amazed or angry, each one is a new sight; fierce jagged icicles at roof edge….” In this painting, the viewer becomes a voyeur, peering through windows that frame an eerily lit interior where elderly people dine; their mantle clock casts an ominous shadow. Outside, the house glances at a sliver of moon as if asking for some relief from the frigid evening, its roof heavily piled with snow and its gutters strung with jaw-like icicles.

Eighteen years later, in 1936, Burchfield reworked the composition for the painting titled Six O’Clock. Instead of an isolated house, a tightly nestled neighborhood of quaint homes is not imprisoned by piles of snow, the steps are cleared enough to welcome you inside to share the warm, convivial dinner served in the front room. — Nancy Weekly