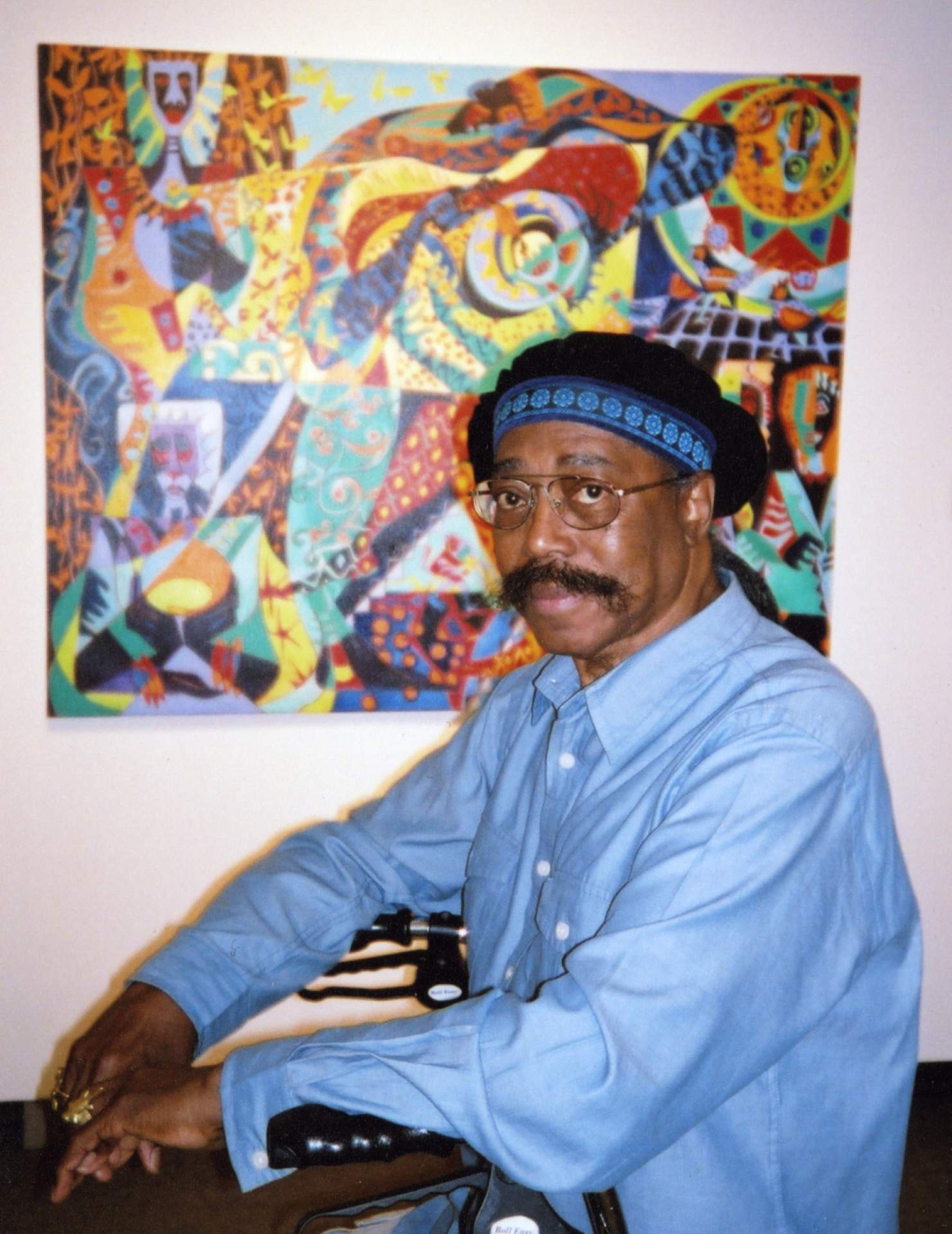 William Y. Cooper is part of the Living Legacy Project at the Burchfield Penney Art Center. Click here to listen to his artist interview.

William Y. Cooper was a writer, painter, muralist, illustrator, and art teacher. He moved to Western New York in 1954 from Birmingham, Alabama, to pursue work, and Buffalo was his home until he passed away in 2016. In 1975, he received his Bachelor of Fine Arts degree from the University at Buffalo; he was also a state certified art teacher.

Cooper worked primarily in oils and acrylics, but also created drawings on paper. He painted several commissioned murals and had more than fifteen one-man shows in Western New York and Ghana, West Africa. He participated in more than twenty-five group exhibitions since he began his professional career in 1969. His paintings and drawings address both his African heritage and his experience as an American through symbolism and metaphor. He observed, “I am an Afrocentric artist. My worldview is rooted in an African frame of reference and a deep, abiding sense of the creator from whence I draw my inspiration, strength, and a sense of who I am. The use of symbols allows me to explore literal ideas.” [1]

He further elaborated on this concept in another passage quoted on his website: "Composition is critical to my work. I use it to compel the viewer to contemplate the illusions I create through the relationships of line, form and color. ... Meanings change as each person views the work through the lens of their own experience. My work is not as much about the subject as it is about how I render the subject. Color shapes the mood of the composition and creates rhythm and harmony." [2]

Among Cooper’s published works are two children’s books, 77 Jackson Street, Rear and Nakai and the Red Shoes, and a novel for adults, The Mopane Tree. Of his multidisciplinary career, he stated, “All the arts call for the imagination. They call for creativity. The tools might be different but the expression is the same. Dance, music, painting, sculpture, writing … all are the same. You’re just using a different language to express the experience.” [3]

Cooper founded the Afrocentric Artists’ Collective and ran the organization from 1979 to 1981. In 2013 he was designated a Living Legacy artist by the Burchfield Penney Art Center, the latest in a series of honors which also included awards from the Arts Council of Buffalo & Erie County, the New York State Council on the Arts, and Alpha Kappa Alpha Sorority.

For more information on the work of William Y. Cooper, visit his site at http://www.cooperpaletteandpen.com.